At daybreak we were alongside the Zaandam, off Cuba. We had stopped to transfer oxygen and a nurse. Before breakfast were on our way again. 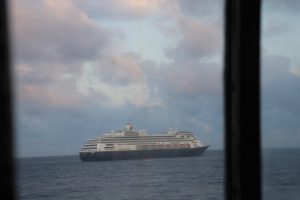 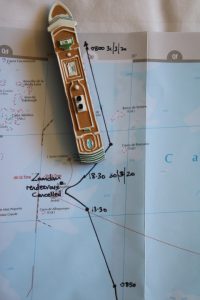 Little happened during the morning other than President Trump may be applying pressure on Florida, but no news yet.

After lunch was interesting. We sighted the island of Cuba, a ship and rain to our northeast. 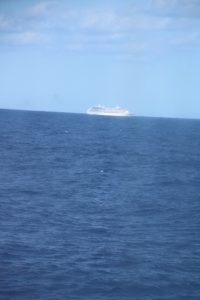 In his daily news conference the President said something had to be done about the ships and the Canadians and British were sending teams out and Florida would handle the Americans. It is all in the logistics and protocols and the Captain does not expect anyone leaving until Friday.