Our explorations have shown that Athens is a modern, urban sprawl of concrete and traffic, a city where the east and west meet in markets, cafes and tavernas and all either built upon ancient ruins or rubbing shoulders with marble-pillared Classical buildings and Byzantine churches. 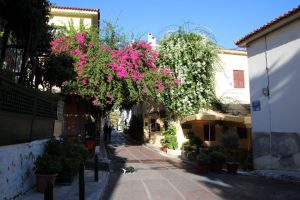 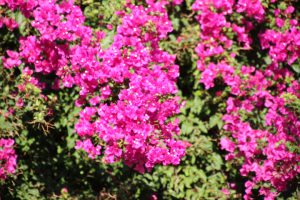 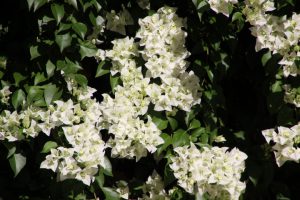 Today our mission was first of all to ascend the Acropolis where its temples are thought by many to be the most influential buildings in western architecture because of the influence that these buildings have had on the architecture since the 5th century BC. Most of the temples were built to honour Athena, the city’s patron goddess. According to the guide books these are still breath taking for their proportion and scale but a human scale was most dramatically experienced in the last moments of the ascent of the Acropolis Rock. 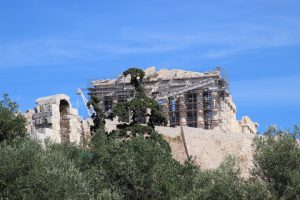 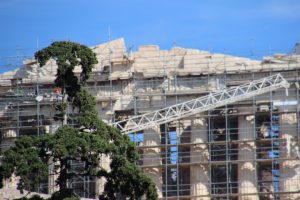 The Acropolis Rock is the highest part of the city and was an ideal place for refuge, religion and royalty having been used continuously since neolithic times (Bronze Age). It is composed of marble, as is the surrounding area, made by earth movements (metamorphosis) of the Thethys limestone. At the summit one enters a grand entrance known as the Propylaia. Everyone had to pass through this entrance to reach the temples and it is still the case today. It is still possible to walk along the Panathenaic Way to the Parthenon. This is thought to be the epitome of ancient Greek Classical art with Athena represented inside by a giant gold and ivory sculptor. In the 5th century AD the building was used as a church. During the later Ottoman occupation it was used as a mosque and also a gunpowder store. This nearly led to its destruction when the Venetians shelled it during the siege of 1687 from the nearby Filopappos Hill. The Parthenon is claimed, by the Greeks, to have suffered more damage in 1799 when the British Lord Elgin removed sculptors and inscriptions taking them back to England for the British Museum. 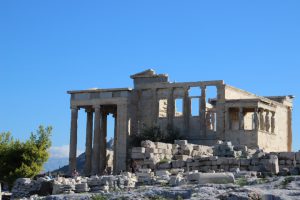 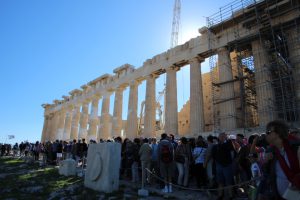 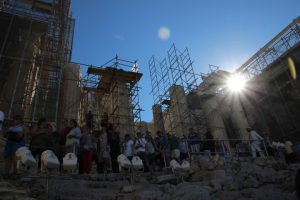 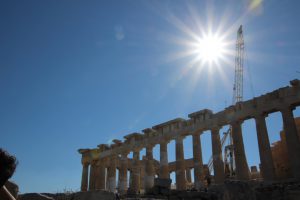 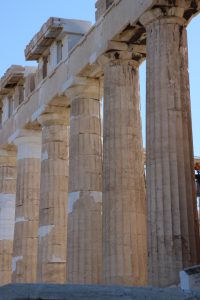 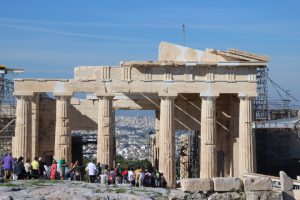 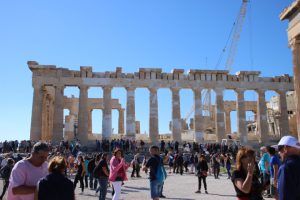 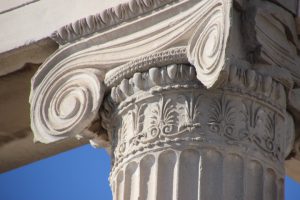 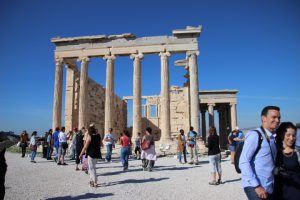 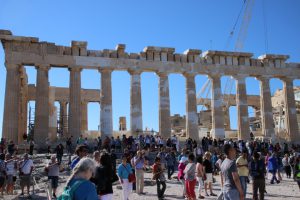 Alongside is the Erechtheion which according to myth was where Athena and Poseidon battled for the patronage of Athens. It is thought that the design unites separate temples to the two gods. Below the summit is the theatre known as the Odeon of Herodes Atticus built in 161 AD. It is still in use by the summer Athens festival. 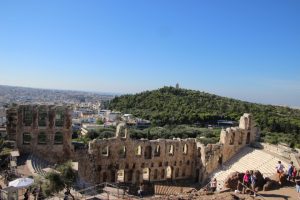 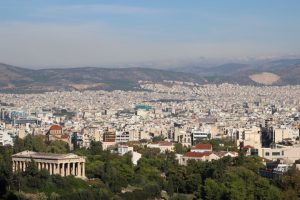 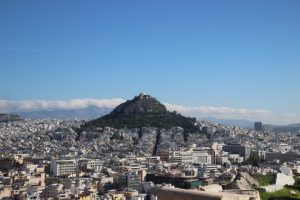 We descended from the Acropolis through the narrow streets of the medieval suburb of Plaka. On the journey we passed the Roman Forum and Tower of the Winds. This market place was founded by Caesar and Augustus and replaced the original Greek Agora which is nearby. One of its most striking features (currently undergoing restoration) is the Tower of the Winds. It was built in 50 BC, one hundred years before the market and there is no other building yet discovered of the ancient world. It is eight sided and each side is sculpted with a personification of the winds and their names, such as Notos, the wind blowing from Africa. Inside was a water clock operated by a stream from the Acropolis. 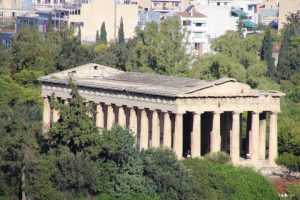 After lunch we took the ‘Red Happy Train’ around the city. This vehicle is much smaller and manoeuvrable than the open top bus so it took us through an amazing warren of streets lined with restaurants and bazaars before returning to Syntagma Square. 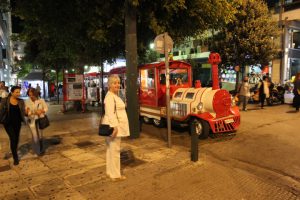 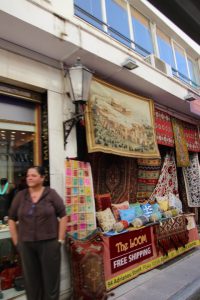 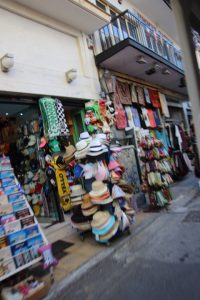 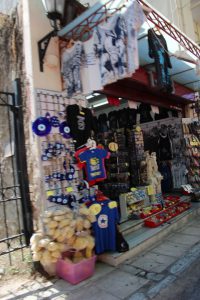 As the evening rush hour set in we walked to our favourite restaurant for our evening meal. These photographs give a flavour of Athens at night. 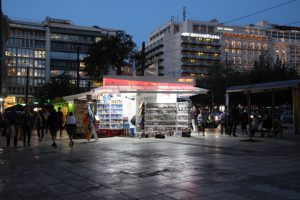 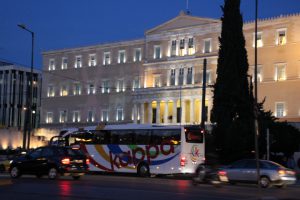 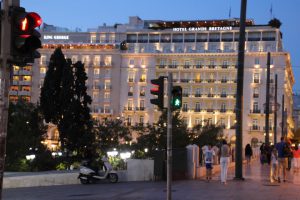 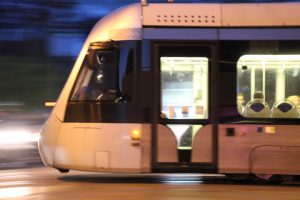 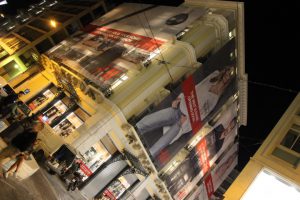 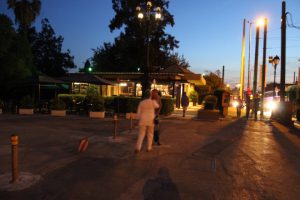