We flew from Manchester as the sun was rising and landed at lunchtime from a clear blue Athens sky and a temperature of 27 degrees C. Our hotel is close to Syntagma Square. So following a rapid unpack we explored the Square, which is the centre of modern Athens. It is surrounded by office blocks and hotels, the roofs of some of these buildings are used by TV reporters because they have a clear view of the National Parliament Buildings. This was constructed in 1842 as a palace for Otto, Greece’s first king after independence. 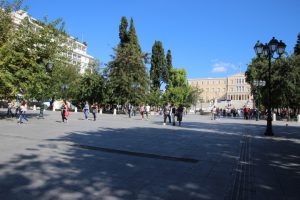 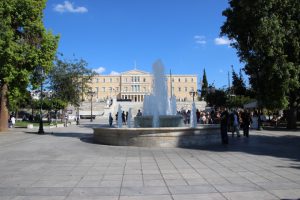 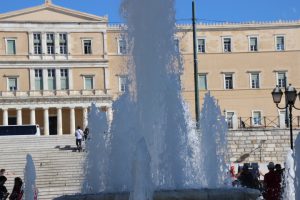 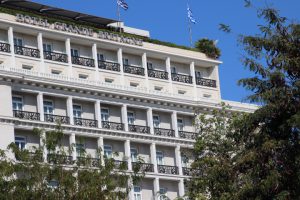 Standing sentry outside are the evzones. These are soldiers who march solemnly back and forth wearing traditional short skirts and pompommed shoes which is the traditional attire of the rebels who won the War of Independence in 1821 – 1829. The changing of the guard is like a slow high kick dance. 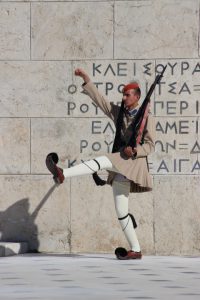 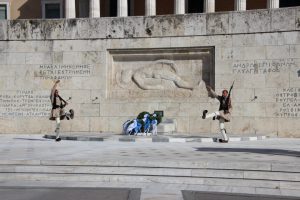 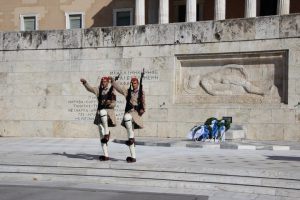 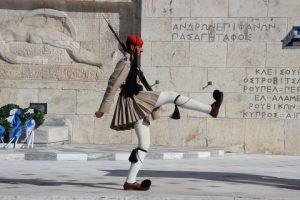 Under part of the Square is the Syntagma Metro Station which is a combination of museum and station. When excavation work to extend the metro was being conducted thousands of priceless items were found because the site had been continuously occupied since around 5 BC. Having recovered these items archaeologists have displayed many of them and along one complete wall of the station is a glass wall which shows the layers of occupation, graves, the remains of buildings, a road and an aqueduct transporting water to the site. 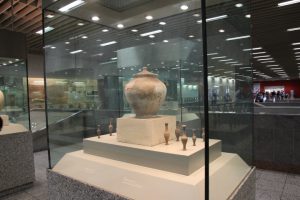 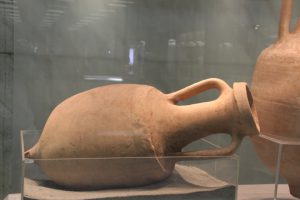 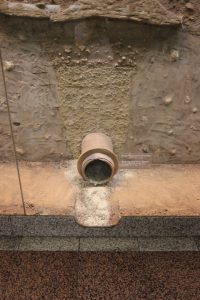 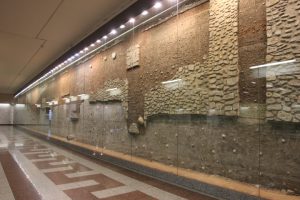