We explored the area around Varosliget (City Park), where some of the finest buildings and widest boulevards in the city focus upon the massive Millennium Monument.

To get there we walked the length of Andrassy Street, the long and wide boulevard from the city centre. This is thought to be Budapest’s most exclusive address. It is lined with restaurants, theatres and designer label shops as well as the State Opera House. 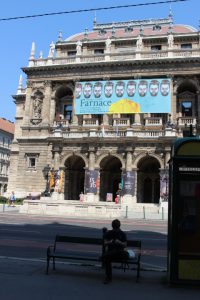 The Millennium Monument is one part of Heroes’ Square where Communist demonstrations once took place but the square predates all of this as it was originally built for the millennium celebrations of 1896 when the one thousand year anniversary of the conquest of the region by the Magyars established the first settlement. 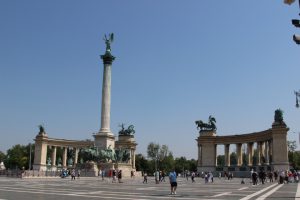 At the top of the 36 metre column is a statue of the Archangel Gabriel who is thought to have offered the crown to St Stephen. 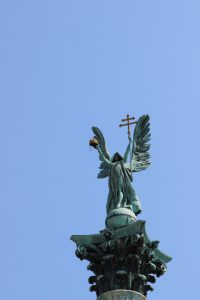 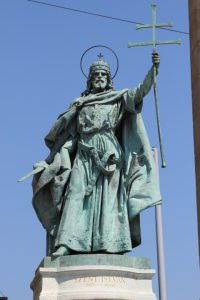 At the foot of the column are 7 chieftains representing the seven tribes of Hungary. 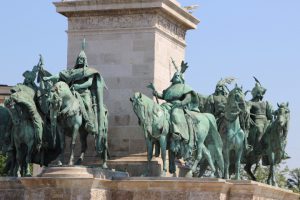 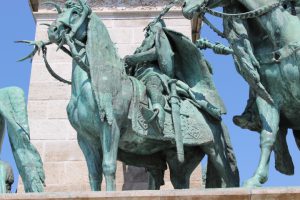 Behind the monuments is the city park with lakes, up-market restaurants, some of which are set on islands and also the Budapest Zoo.

We will complete our visit with our evening at the Monk’s Bistro which serves simple and tasty fair at a good price! 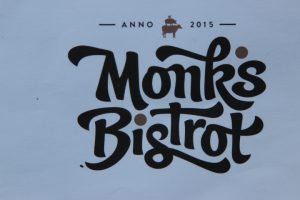 Today we explored the medieval town of Buda which was developed around the 13th century castle. The castle was built on an escarpment that rises to 170 metres above the Danube. 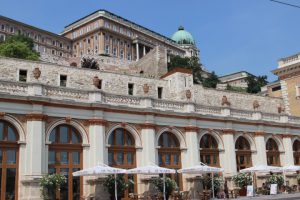 Along the foot of this are the spas and bathing houses where the water naturally issued from the cliffs. Today we see the 19th century Imperial style of building, in particular, the Royal Palace, which was originally built in the 18th century but restored after World War II. To get there we used the funicular near the Chain Bridge which provides great views of Pest. 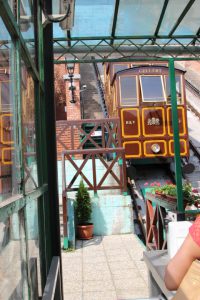 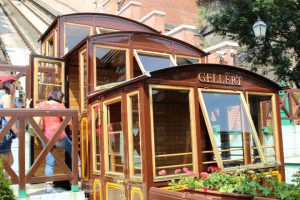 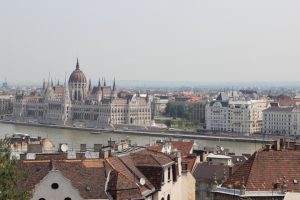 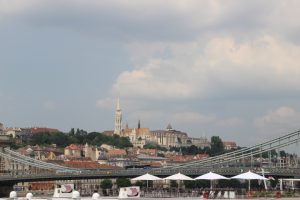 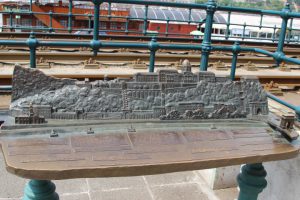 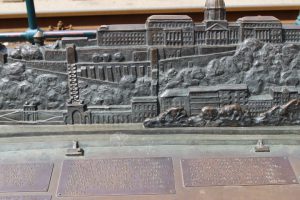 To complete the day we ate at the Pampas Argentine steakhouse where the meat and the wine were as good as what we sampled in Argentina. The wine was a most pleasant Merlot from Patagonia at 39 degrees south. 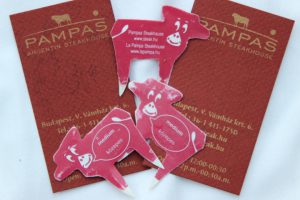 Our hotel is near Kalvin ter and upon leaving at 9:30 a.m. it was already 24 degrees.

Budapest is thought by many to be the finest of three of the Habsburg Empire’s largest cities: Budapest, Vienna and Prague. It is essentially two cities split by the River Danube. Buda is on the hills to the west and Pest on the flat land to the east. Our hotel is in central Pest which is the city’s commercial hub. Most of the buildings date from the 19th century redevelopment. Where central Pest meets the river is the embankment walk which extends from the Liberty Bridge (the nearest to our hotel) to the Margaret Bridge at the northern end of Pest. The Liberty Bridge was first constructed between 1894 – 99, but is an exact replica today, the original having been destroyed in World War II. 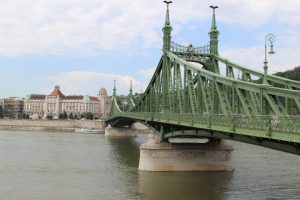 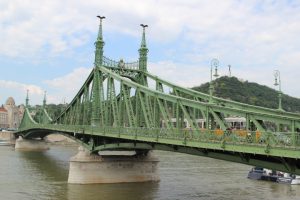 Our walk along the embankment took us to the landing stages for river cruises near the Elizabeth Bridge. The bridge when completed in 1903 was the longest in the world, but again had to be completely rebuilt after the war and it did not reopen until 1963. En route we passed the famous restaurant Trattoria Toscana which has been in Budapest for 14 years and is apparently frequented by many famous people such as Formula One racing drivers. 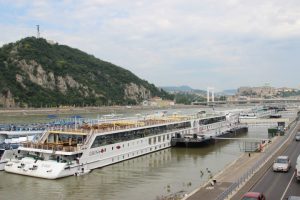 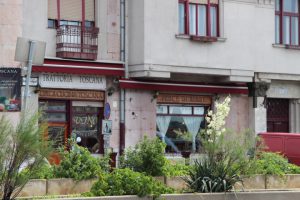 Our river cruise took us north to Margaret Island and enabled us to clearly see the UNESCO World Heritage sights of Buda and the modern buildings of Pest. Upon return we ate in the shadow of the inner city parish church. This is Pest’s oldest church. The original Roman style structure was destroyed and replaced in the 14th century. It was nearly lost when the Elizabeth Bridge was rebuilt but luckily it survived. Our restaurant was called the Monk’s Bistrot and is at the east end of the church. 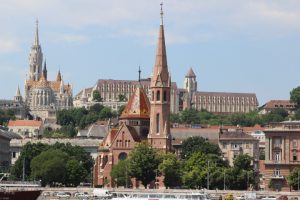 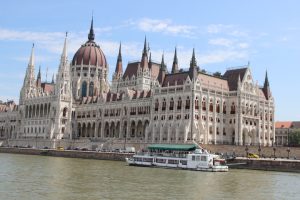 Our afternoon stroll took us through central Pest, in particular along the Vaci utca. This is a street in two parts, one end for shopping, the other for eating and drinking. At the Liberty Bridge end is the Central Market Hall. This is the city’s largest market with numerous stalls on the ground floor selling meat, fruit, vegetables and cheese, with tourist souvenirs on the upper level. The building is constructed from decorative brickwork and colourful roof tiles with a wrought iron interior. 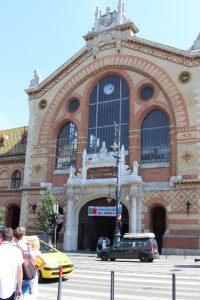 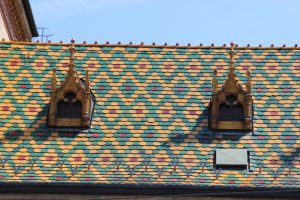 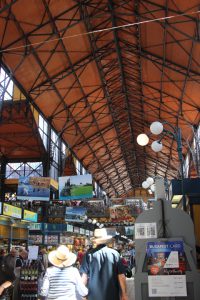 We flew from Manchester to Budapest in Hungary via Frankfurt. We arrived in a thunderstorm, with amazing lightening and at times heavy rain, which lasted most of the night. This did not stop us experiencing Hungarian cuisine in this well established restaurant at the end of Budapest’s most famous street called the Vaci utca. 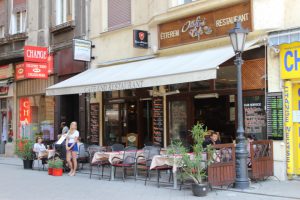