Overnight we sailed northwards to the South Shetland Islands and in particular Deception Island at 63S. This is an enormous caldera, (a flooded volcanic crater) formed 10,000 years ago, with coves lining the inner walls where later eruptions have taken place, the last being in 1970. We entered the caldera through â€˜Neptuneâ€™s Bellows which are so narrow that the wind is naturally accelerated as it is squeezed through the gap. The first landing at Telefon Bay shows the results of all of the volcanic activity. There is a fumarole here, surrounded by a large and elevated crater as well as an outwash plain filled with blocks of lava and massive amounts of tephra. Tephra is the jumbled mass of ash, pumice, small rock pieces and fine rock dust. This is produced especially when volcanoes erupt through ice sheets. 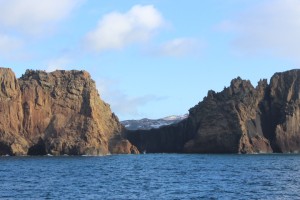 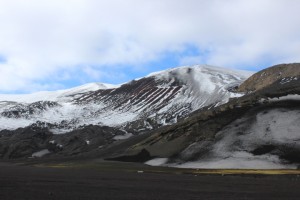 During lunch we moved closer to the entrance of the caldera in order to visit the remains of the whaling station which was operated first by the Norwegians and Chileans and later by the British. By 1931 the whaling station closed because of a slump in whale oils prices, but mostly because of the introduction of factory ships where all the processes of flensing the whale took place, whereas at Deception it all happened on the beach. A lot of the whaling station is in ruins, not simply because of neglect but also as a result of the damaging 1969 lahars (mud flows) which destroyed everything in their path. 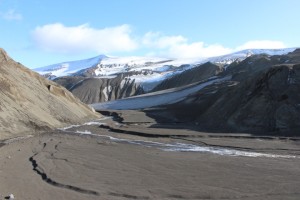 Overnight we are heading back into Drakeâ€™s Passage.